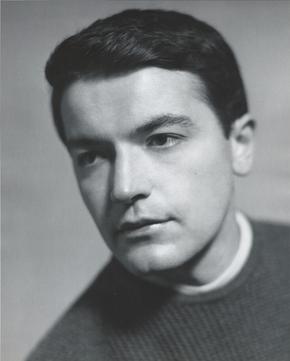 Roger Anliker was born in Akron, Ohio, in 1924 and studied at the Cleveland Institute of Art where he received, upon graduating in 1947, the Agnes Gund Memorial Scholarship for travel and, in 1948, the degree of Bachelor of Fine Arts. He also attended the American University at Biarritz after European service in World War II and, in 1956, he was awarded a Guggenheim Fellowship for coastal study in Spain, Portugal, France, Italy, Sicily and the Netherlands.

Mr. Anliker has had many one-man exhibitions: at Jacques Seligmann Galleries, New York City, in 1950, 1952, and 1955; the Akron Art Institute in 1948 and 1959; the Town and Country Gallery, Cleveland, in 1958; the Ten Thirty Gallery, Cleveland, in 1951; the Philadelphia Art Alliance, 1952 and 1966; Carnegie Institute of Technology, 1958; the Museum of Art, Carnegie Institute, 1960; an exhibition of 78 works at Westmoreland County Museum of Art, Greensburg, Pennsylvania in 1963; and a Retrospective Exhibition in the galleries of the Tyler School of Art of Temple University in 1965.

His works have appeared in Carnegie International Exhibitions of 1955 and 1958, and in exhibitions at the Whitney Museum of American Art, the Chicago Art Institute, the University of Illinois and Nebraska, as well as in museums in Baltimore, Toledo, Dayton, Birmingham, Atlanta, St. Louis, San Francisco and many other cities in the United States. In France he has exhibited in the Musee’ d’art Moderne in Paris, and in Grenoble, Aix-en-Provence, Avignon, etc.

Among the awards his work has won are the 1952 Carnegie Institute Prize and the 1956 First Water Color Prize from the Associated Artists of Pittsburgh annual exhibitions at Carnegie Institute, and eight awards within three years for the Annual May shows of the Cleveland Museum of Art.